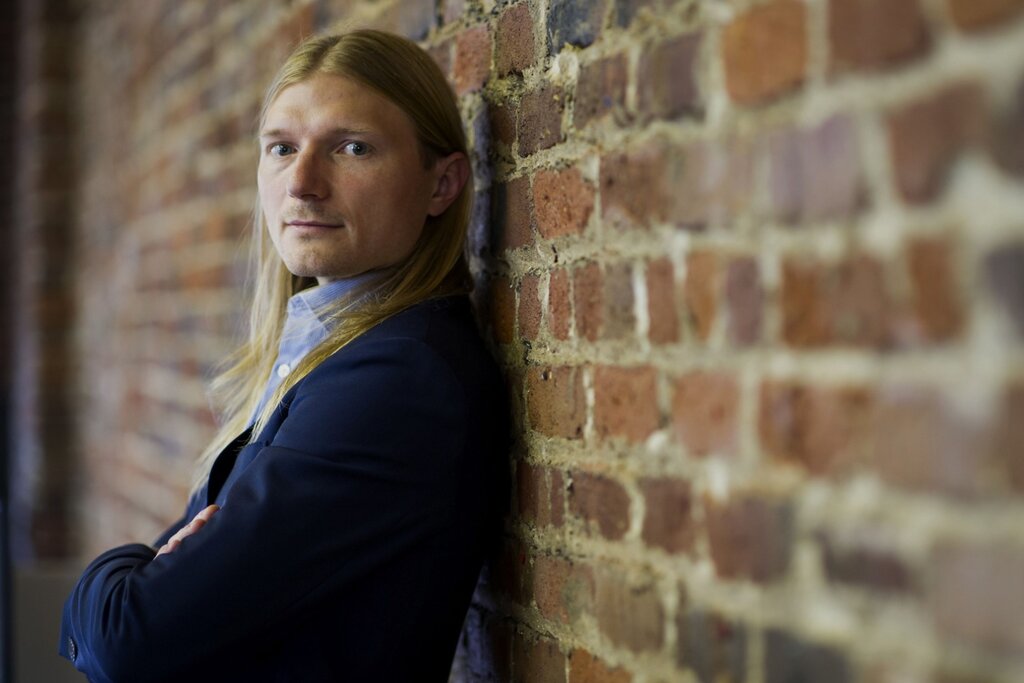 Kraken, a U.S. Crypto Exchange, Is Suspected of Violating Sanctions

The Treasury Department is investigating whether the crypto exchange allowed users in Iran to buy and sell digital tokens, said people with knowledge of the matter.

The bills, which are designed to hinder Russian oligarchs from evading sanctions, are allegedly part of a vendetta by Sen. Elizabeth Warren, according to Blockchain Association and its partner firm Forbes Tate Partners. 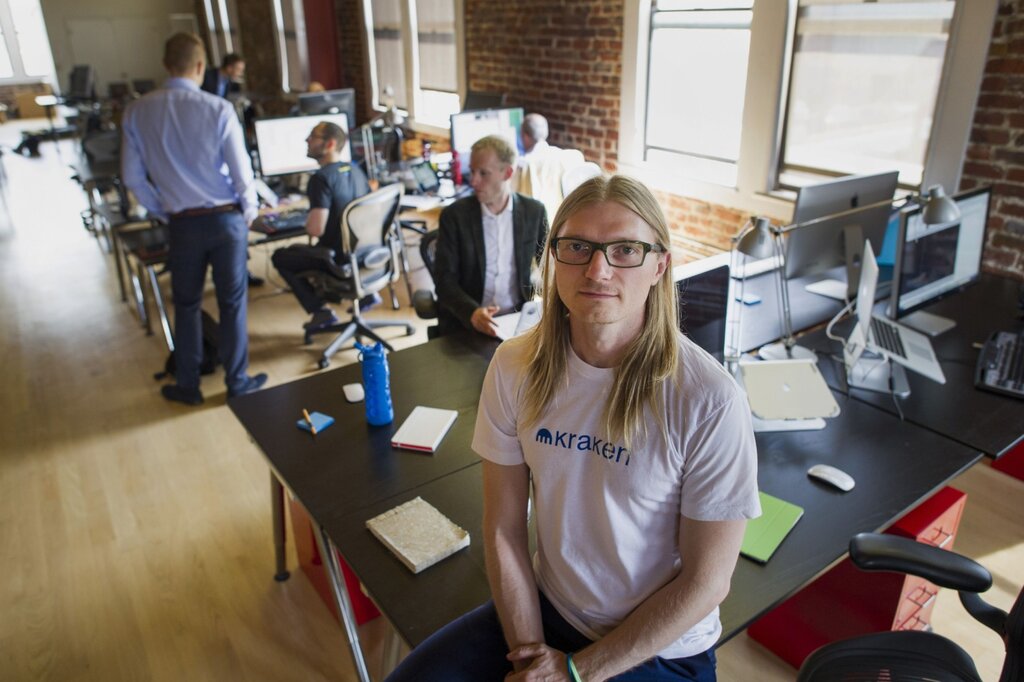 Inside a Corporate Culture War Stoked by a Crypto C.E.O.

Jesse Powell, who leads the crypto exchange Kraken, has challenged the use of preferred pronouns, debated who can use racial slurs and called American women “brainwashed.”

Kraken under US investigation over allegedly violating Iran sanctions

U.S. authorities are reportedly investigating Kraken due to suspicions that the controversial digital currency exchange has violated economic sanctions against Iran.

The US Treasury Department claims that the cryptocurrency exchange Kraken violated sanctions on Iran. CEO Jesse Powell is against sanctions

Besides, if we were going to voluntarily freeze financial accounts of residents of countries unjustly attacking and provoking violence around the world, step 1 would be to freeze all US accounts. As a practical matter, that’s not really a viable business option for us.

Our mission is better served by focusing on individual needs above those of any government or political faction. The People’s Money is an exit strategy for humans, a weapon for peace, not for war.
Powell auf Twitter

Besides, if we were going to voluntarily freeze financial accounts of residents of countries unjustly attacking and provoking violence around the world, step 1 would be to freeze all US accounts. As a practical matter, that’s not really a viable business option for us.

Jesse Powell, CEO of Kraken’s got on Twitter 4 days ago to defend his decision NOT to block Russians accessing his exchange. A lot of idiots ( Crypto is full of them) gave Jesse a free pass, because people tend to do this with successful Founders. It’s like there’s this unspoken code your not supposed to challenge them, because by measurement of their bank accounts, they must somehow be better, know better, than you.

Here is what Jesse had to say on Twitter…

1/6" I understand the rationale for this request but, despite my deep respect for the Ukrainian people, @krakenfx cannot freeze the accounts of our Russian clients without a legal requirement to do so.

WHAT !!! Crypto exchanges, are KNOWN for arbitarily freezing people’s accounts on the flimiest of excuses. But this week you can’t block Russian traffic without a LEGAL MANDATE ???

Jesse you stated on Twitter " Crypto… where arbitrary lines on maps no longer matter". If you really believe what you say, by that statement you think Crypto operates in its own digital universe, beyond traditional laws and borders. So if you feel that way, why claim you need a traditional legal mandate from a system you no longer recognise, in order to block russian traffic ?

2/6 „That requirement could come from your own government, as we have seen in Canada, in response to protests, bank runs and attempts to flee the country.“

OK, so let me get this straight Jesse. You can’t freeze accounts without a ‚legal mandate‘ but when the Canadian government gives you a mandate you consider that NOT legal ?

3/6 „For what it’s worth, I would guess that the vast majority of crypto holders on @krakenfx are anti-war. #Bitcoin is the embodiment of libertarian values, which strongly favor individualism and human rights. In Canada, crypto was the only financial rail left for those who opposed the regime.“

Jesse frankly it doesn’t matter whether the majority of your users are or aren’t anti-war.That isn’t the reason your being asked to block all russian traffic. You being asked so

2/ Ordinary russians feel the full impact of the sanctions, which 80% of governments around the world hope will spur the Russians, en-mass ( because we know how dangerous it is to protest in Russia) to economically revolt against Putin’s decision…

One thing in your Twitter response was right Jesse. Bitcoin WAS the embodiment of libertarian values and human rights. So where is your defense of Ukraine’s human rights ? You’re so busy defending ordinary Russians ( who aren’t dying from bombs last time I checked) you’ve sold out the lives of ordinary Ukranians.

4/6 " Our mission at @krakenfx is to bridge individual humans out of the legacy financial system and bring them in to the world of crypto, where arbitrary lines on maps no longer matter, where they don’t have to worry about being caught in broad, indiscriminate wealth confiscation."

Yes all very nice ( do thank your expensive PR agency for me) but sanctions against Russia are NOT ‚indiscriminate wealth confiscation‘. These sanctions are one of the few political tools at the western world’s disposal to bring Putin back in line, before this all goes too far.

Jesse, Ukranians spent gruelling years rebuilding their country, building the tentative foundations of democracy. If you have ever walked around Kyiv ( which I have) you will see old crumbling ex-soviet buildings next to gleaming modern glass structures. And in the doing so, you see firsthand, the journey Ukranians have endured, from point A to B.

When you see young Ukranians, they don’t stop hussling for work, to dig themselves out of historic poverty. What about their indiscriminate wealth confiscation by Russia over the last week ?

You cannot sit on Twitter Jesse, like your Switzerland, defending ordinary Russians right to Crypto, whilst your actions effectively endorse Ukranians being indiscriminately stripped of their wealth, their assets, overnight.

5/6 „Sometimes the hardest thing about having power is knowing when not to use it. Our mission is better served by focusing on individual needs above those of any government or political faction. The People’s Money is an exit strategy for humans, a weapon for peace, not for war.“

Sorry ? The people’s money is a exit strategy for humans ? A weapon for peace, not war ? Which bit of ‚‘ block russian crypto traffic to block back doors, to help end this invasion" did you not hear ? Your decision to allow Russians not on’ sanction lists’ to continue to trade & move Crypto around Jesse means some of those acounts ARE going to hide assets, ARE going to move money to places where it perpetuates and fuels more violence against Ukraine.

6/6 „Besides, if we were going to voluntarily freeze financial accounts of residents of countries unjustly attacking and provoking violence around the world, step 1 would be to freeze all US accounts. As a practical matter, that’s not really a viable business option for us.“

So your justification for NOT blocking Russian traffic is the USA is no better than Russia and it would be hypercritical for Kraken to choose to block Russians, when it hasn’t blocked US citizens.

Firstly, you are a US citizen mate.

You don’t live in the metaverse, the cryptoverse or any other verse. You live in the US. I’m guessing you stay there because it makes you feel safe, knowing your enormous assets are protected. The US military are always on hand hey Jesse, to ensure Putin doesn’t roll a tank through your nice Brentwood mansion.

The fact you remain on US soil, whilst openly criticising US foreign policy means by default Jesse you accept and endorse that foreign policy, because with your money mate, you could pack up and live anywhere, for ‚political reaons‘ if you truly felt that strongly about it. If you wanted to put your money where your mouth is.

So I’m finding that justification for not freezing those russian accounts abit bizarre. Flimsy.

Secondly, it IS a viable business option Jesse, for Kraken to block russian traffic. Your a tech company, you know how to do that shit in your sleep. And commercially, you ain’t broke, your company turns over $200 billion a year, with revenues in excess of $400m. I think somehow you can afford to weather that storm !!

BP just wrote off $2bn by withdrawing from Russian gas. Apple just withdraw all its business from Russia. So please, don’t tell us it’s not commercial viable, because that just insults our intelligence.

The truth is Jesse, you’ve been infected by wokery, its a nasty little virus, native to southern california, that renders its victim frozen in a sort of ‚spice induced‘ state of zombie-ism. Once this virus enters the nervous system, it changes the neuropaths, to trick the victim into thinking ‚inaction‘ is actually a form of ‚action‘.

My prescription for you is - pick a side.

Life is often about conflicting choices, weighing up the lesser of 2 evils. And often what influences our decisions in the end is self interest. In this scenario, most of the world is telling you sanctioning Russia is the right thing to do, that includes blocking their traffic to your exchanges.

You don’t have to ‚freeze‘ every Russian’s account . Although right now for their own protection, I’d be cold vaulting those accounts until this situation is resolved. But I think at the very minimum, you should be blocking russian traffic.
Jesse Powell's tweets are wrong